Posted on December 1, 2018 by Kathryn Perkins 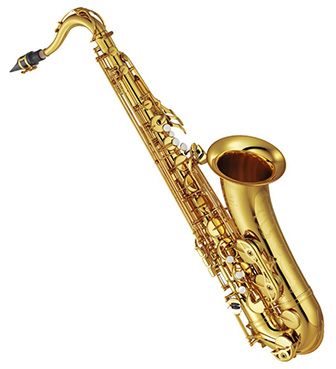 The tenor saxophone is the most popular and most widely used of all the saxophones in music today. The alto saxophone follows behind as a close second to the tenor sax. The baritone and soprano are also played by many sax players, but they not nearly as popular as alto and tenor saxophones.

The tenor saxophone is synonymous with jazz and when most people say saxophone or jazz saxophone, an image of a tenor sax is conjured up in one’s mind. It is considered to be the sort of signature instrument of the jazz world and often heard in movies when there is a sexy or romantic scene.

Some of the most famous jazz musicians and jazz legends played tenor, such as people like Lester Young, Sonny Rollins, John Coltrane and Coleman Hawkins as well as more contemporary musicians such as Michael Brecker.

The neck of the tenor saxophone is slightly curved in sort of an S shape rather than the straight neck of the alto or baritone sax. Some of the best tenor saxophones were made by Selmer, King and Conn. However, the choice of saxophone for many new players or students are often brands such as Yamaha, Yanagisawa, Kenilworth and Vito as well as many other brands. One should decide if they want to purchase a vintage saxophone, used saxophone or a new instrument.

This entry was posted in Instrument and tagged Saxophone. Bookmark the permalink.